I thought about doing this, because it would be a nice thing to do. Here is the list of the official haunted graffiti numbering type system thing.

First a disclaimer: The "haunted graffiti" series or whatever is said to be a series of 10 planned albums. When I say "planned" in reference to Ariel Pink, your bullshit sense should already be tingling. I know mine is. What's more, you would think that by "planned," they mean something like he organised a bunch of previously written material into 10 sections and gave them all different names. This makes sense to me especially because of how mind-bogglingly prolific Ariel was in the 90's (90's for hauntology means 1995-1999), and the fact that haunted graffiti #1, Underground, came at the tail end of this seems to indicate that somewhere along the lines his cd-r's got backed up and he wrote out a plan to release that body of work in sections, and so he could go on with writing new stuff. That seems like a likely scenario in my head.

Next is the part about naming it "haunted graffiti." There is a lot of confusion about how, why, and in what context this name has to do with Ariel Pink. Generally it is considered to be the name of his "band" whether he's live or recording on an 8-track in his bedroom. This is probably an artifact (of that) of the haunted graffiti series being picked up by paw tracks, and his other stuff from the 90's not so much, making "Ariel Pink" more or less synonymous with "Ariel Pink's Haunted Graffiti."

To complicate matters, one cd that is clearly not supposed to be Haunted Graffiti from the 90's was re-realesed (or just released dependin on your definition), one called Ariel Rosenberg's Thrash & Burn + Pre, whatever that means. So is that "Ariel Rosenberg," or can we still call it APHG? Whats worse, he has gotten into the habit of calling his current band (Tim Koh and a bunch of guys I don't care about) "Haunted Graffiti," and his latest single is actually just labeled "Haunted Graffiti." Ariel Pink isn't even at the front of the group on the cover... so what the heck is it?

Peronally, if it's obviously supposed to be the obtainable, HG "series," or new stuff featuring an actual band it's "Ariel Pink's Haunted Graffiti" as far as I'm concerned. As for the story behind the "planned" haunted graffiti... I don't even have a guess.

Whatever, here they are: 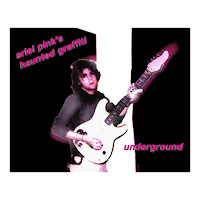 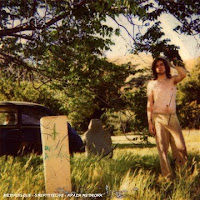 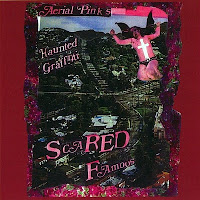 HG#3: SCARED FAMOUS (2002/2007ish)
When scared famous was re-released, it was sort of merged with FF>> to make this wierd mutant child that could only be called a "best of" if you're insane enough to think that "R. Stevie's Brain" and "One More Time" somehow top "Inmates of a Heartache" and "Jesus Christ Came to Me in a Dream." Of the two originals, Sacred Famous is easier to obtain. I'm only listing the original versions here.
1. Baby Comes Around
2. Facts of Destiny
3. Privacy
4. Passing the Petal 2 You
5. Beverly Kills (Freaks With Golden Heirs)
6. Why Can't I Be Me?
7. Something Isn't Something
8. Express, Confess, Cover-Up
9. Birds In My Tree
10. Shedon'tknow-Whattodowithherself
11. Moya
12. SteviePink
13. R. Stevie's Brain
14. Spiers in the Snow
15. I Wanna Be Young
16. Gopacapulco
17. Hoist Interlude
18. Scared Famous
19. Deathcrush 99 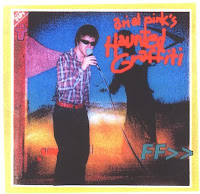 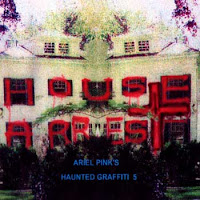 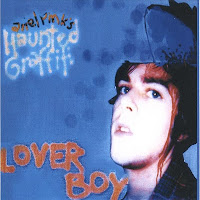 HG#7: HOLY SHIT! EP (2003)
This one is wierd because it's supposed to be a side project of Ariel Pink and Matt Fishbeck independent of HG, but... it's #7. So, I'm not sure what to think of it. Also, the track listing neglects to list the actual first song, Oblivious Peninsula, and starts numbering after that. Hence why this starts with 0.
0. Oblivious Peninsula
1. Inaccurate Information
2. New Colors
3. My Whole Life Story
4. N M E's
5. The Castle
6. Jules Lost His Jewels
7. The Drummer
8. Estate, According to the Widow's Maid
9. ...contin
9 through 31 or something are a bunch of random nameless jams between the two, interspliced with parts of a thing with R. Stevie Moore which can only be called "What Else Am I Not Supposed to Do?" Here is the breakdown:
...contin: 9, 16, 20-31
What Else Am I Not Supposed to Do?: 10-15, 17-19


WHEN INDIE WAS GOD,
WE PRAYED TO GOTH
That's adorable. Next! 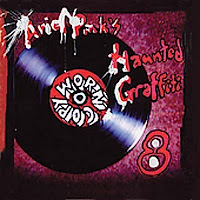 HG#8: WORN COPY (2003/2005)
1. Trepanated Earth
a. Trepan Overture
b. Heaven's Hotter Than Hell
c. Trepan Reprise
2. Immune to Emotion
3. Jules Lost His Jewels
4. Artifact
5. Bloody (Bagonia's)
6. Credit
7. Life in L.A.
8. The Drummer
9. Cable Access Follies
10. Creepshow
11. One on One
12. Oblivious Peninsula
13. Somewhere in Europe/Hotpink!
14. Thespian City
15. Crybaby
16. Foilly Foibles/GOLD
17. Jagged Carnival Tours
As should have been fairly obvious, this is not a full Ariel Pink discography. I don't even think such a thing is possible. This is just an inventory on the haunted graffiti series and a little postulating as to what the hell that's even supposed to mean.
So yeah, you're welcome.
Posted by Princess Malyssa at 18:55