Welcome to your DOOM! 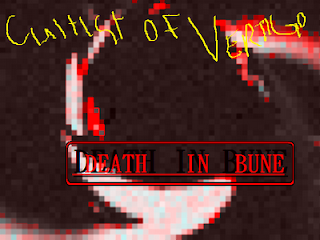 Cool beans. So, here's the thing: I can't fucking stand social networking sites. I don't get it, really. Why bother shitting around on some corny little website whining about whatever the latest vampire romance novel is when you can just pick up your god damn phone and call someone to do the same thing.
I've also got an email address, so it's easy to keep in touch digitally and send media. I've got two sites that I'm registered on, and each has a reason, but is filled with superflous junk.

I do have a myspace account, but I only got it because I was trying to get a gig at Super Happy Fun Land (now defunct) at the time, and they said it would be nice if I had a website, preferable with songs they could listen to. So I got on the thing and found a few of my friends on there (who never really do anything that I can tell) but never got the songs to upload right.

Blah blah blah found out I couldn't do .wavs because they were too big. So I flipped 'em to mp3 and they worked! I've got three on there now and that's about it. So that's that.

I say youtube counts because it's the same basic infrastructure but with something happening.

You know, I really don't feel like getting into this right now, so I'm skipping to the end: 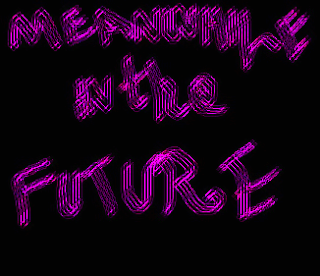 ...but then sometimes, blogs are the ONLY thing that shows up! So, I think that warrants me making one of these, so let's review:

1. Most social networking nowdays has boiled down to yelling at the wind, and not in a metaphorical way.
2. Carrots MIGHT taste better if they were pink.
3. Searches on small enough topics will weild blog results on google searches.
4. Sometimes, even big deal news stories like Tawa and Tianyulong get blog results as well.
5. The age of the shitty 1996 animated .gif website is apparently over, which sucks, but it just seems to have been passed down the era of shitty introspective online diaries, so the hilarity of the internet has not overall been comprimised.
6. I can guarantee you somebody is going to search for "Tawa wishbone" or "Tawa furcula" and when they do, I'll have an article that'll pop up, and I win.
7. It was in self-defense.
8. Since I write so much all the time anywhichways, and don't necesarilly care if it ever sees the light of day, writting one of these seems like an ok deal.
9. See #10.
10. See #11.

And that about sums it up. So, stay tuned, because I'm going to write that Tawa article pretty darn soon.

Meanwhile, here are my myspace and youtube pages for shits and craps. The last two or three videos I uploaded on youtube are worth watching, but past that just watch the favorites. I try and keep up with all the latest hauntology videos, so if there's a new Ariel Pink video on youtube you'll probably see it there. Myspace has 3 songs on it: King of the Universe, Save Often, and Billy the Face-Punching Mastiff Fights the Nazis (Death in Bune).