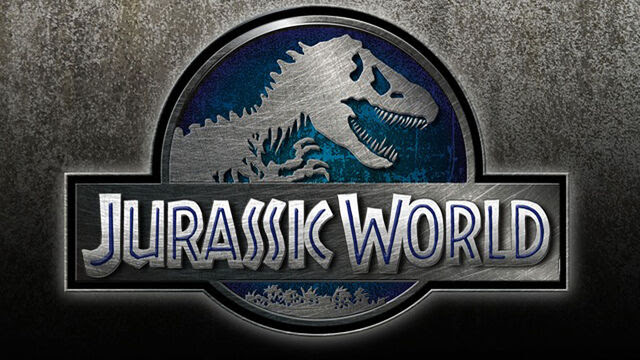 In the 20+ years since this, let's face it, pretty shitty movie came out, it has become one of the classic tentpoles of the holy hollywood pantheon. People love it out of a sense of necessity and tradition rather than on the merits of the movie itself. At the time, 1993, CGI was a new, exciting thing, and the depiction of extinct dinosaurs as fast, intelligent creatures was hailed as a breakthrough of current science being exposed in popular culture. Neither of these were the first of their kind, with both CGI and modern-esque dinosaurs dating well back into the 80's, but even to those who admit/understand this it's still considered something of a milestone. And on that point, that's probably correct.

Of course, as it just so happened, nearly everything in Jurassic Park that was supposed to be up-to-date and revolutionary was, of course, a lot of crap, and CGI nearly destroyed an entire industry in the span of a few years. But 1998 was a long time ago, and we've recovered, right? Popular depictions of extinct dinosaurs has "evolved" to meet the actual up-to-date knowledge base and not a bunch of nonsense cooked up by some kooks 20 years ago, and CGI is well established as a brief fad and it can't hurt anyone anymore.

Yes, in case you couldn't tell, that last paragraph was sarcastic and the truth is that the public is far, far more ignorant about actual paleontology than they were in 1993, and CGI has made such a strong resurgence (not everywhere, no letters please, I'm well aware that Ultraman and Alien movies still exist) that it even managed to kill Godzilla this time around. Settling up old unfinished business, the mistakes of the past have somehow increased exponentially and it's all coming apart at the seams. In this environment, it just makes sense that Jurassic Park is looked upon as the second coming of Christ and a sequel which no one was asking for has been shoved down everyone's throats, in such a robotic and predictable fashion that I was positive it was going to be a three-hour long let's play where the dog from Call of Duty and Batman team up to fight zombies with a non-stop dubstep soundtrack.

I ended up being wrong. DEAD wrong. My interest was first peaked when I realized the plot involved the park being open, which was like... you know, yeah, that's kind of perfect. What really got me wondering was when I found out more about the antagonist, the Indominus rex, a completely fabricated, genetically engineered theme-park monster which wasn't even pretending to be a real animal ala all the other "dinosaurs" in the park. More than this, it highlighted something that is largely (i.e. ENTIRELY) ignored by basically everyone... ever, like every single living thing on the planet somehow missed this really kind of huge, enormous, game-changing plot point on which the entire plot of both the book and film are based: that these animals aren't... you know, dinosaurs, they're dinosaur-frog hybrids which are completely unpredictable even to the people who engineered their genome. Right away that gives you an out for the shitty paleontology, and no attempt was made to update it for modern times, instead they doubled down on it and turned it into something writers like to call a theme.

This confused a lot of paleontologists - armchair and otherwise - as I've already mentioned the admiration for Jurassic Park has literally nothing to do with the movie itself, which none of these people seem to have actually seen. I've seen a number of posts/videos/articles/w/e addressing (i.e. complaining) about the size of the mosasaur, which is something like 30 meters long or something equally ridiculous, as not being "realistic." Yeah, boo fucking hoo, a movie about genetically engineered super monsters made specifically to serve as theme park attractions isn't realistic. News flash, in case you forgot from earlier: Jurassic Park was antiquated and full of errors even in 1993.

This focus on genetic engineering was not just the plot but, as I said earlier, the theme, and this resulted in something I was not expecting. It resulted in a, you know, film. Of course I didn't know this when I made up my mind to see it, because the real cincher for me was when I found out Lauren Lapkus was in it. I fucking love Lauren Lapkus. Since Harris is gone she's basically the funniest person alive. Anwyas, I was completely blown away and not expecting what I saw at all. Some things:

1. Yes, it's all CGI. No, it didn't bug me. Why not? Mostly the same reason as it didn't bother me in the third one: this is a Jurassic Park movie, after all, and JP pretty much bases its entire reputation on being the forefather of CGI in movies. It would bug me if it wasn't all CGI. There were exactly two animatronics that I saw, and the CGI was, of course, as bad as it always is, but I've seen things with worse, and another important thing to consider is when something technical starts affecting the story and when it's something you can just sort of live with. For me? Definitely the later for this, although I admit it coming in the middle of the "CGI renaissance" is, uh... a little upsetting, but going to the theater at all these days is basically one of the more upsetting things anyone can do that's supposed to be "entertaining."

2. My praise of this film is based on my expectation that it would be dubstep and Call of Duty dogs. It's not great, guys, but it's probably the best hollywood film you'll see this decade, unless one of the next two Alien movies doesn't suck.

3. Lauren Lapkus' character is boring and I think it's safe to say she doesn't have a future in dramatic acting, and in fact when she did her "oh no!!! There are dinosaurs in the park!!!" lines are so... like a character you'd hear on W/ Special Guest that I couldn't stop laughing. Chris Pratt was great, though, actually most everyone was pretty solid, but then again I apparently don't know what "good" acting is.

Anwyas, I enjoyed the show enough that I'd like to share some of my favroite selected scenes:

CHRIS PRATT
Have you ever heard of chimera?

CHRIS PRATT
A legendary monster that spits fire, and is supposed to appear from the ocean's depths, causing violent storms and destroying human beings. It had a lion's head, goat's body, dragon's tail.

CAREER LADY
It was mythical.

CHRIS PRATT
If they play around with cells, genetic engineers might well create their own chimera, a new lifeform, totally alien. Totally different from what god intended for Earth. Frightening, don't you think?

Scene: Inside one of the park's gyrosphere-bubble-vehicles, a small TV screen displays an "edutainment" video about the science of the vehicle featuring late night talk show host Jimmy Fallon.

JIMMY FALLON
The Super X-2 has been substantially improved with the introduction of the latest on-board super computer, which controls automatic and remote functions. And what is more, it is now submersible. It can operate at extreme depths, down to ten thousand meters. Its armor is also the latest, TA-323, it's twice as durable as the titanium alloy armor on the old Super X.

Jimmy Fallon knocks over some glass beakers in a bit of contrived physical comedy.

JIMMY FALLON
...and that is the fire mirror, it's also new, constructed entirely with synthetic diamonds. And what's more, if the shield is hit by Godzilla's radioactive heat rays, it is designed to reflect their force a thousand times more effectively.

THAT ONE LITTLE KID FROM THE MOVIE
Hot stuff.

JIMMY FALLON
Yes it is.

Scene: Chris Pratt and the ice bitch career lady come across said gyro-thingy, with its glass shattered and the kids missing, obviously a result of the Indominus' attack.

CAREER LADY
Godzilla melted a mirror made from synthetic diamonds. That's beyond out technological capability.

Scene: The Indian guy who flies the helicopter, but is apparently a... shareholder? Or something? Confronts that Asian doctor from the first movie on the genetic cocktail of the Indominus and its secrecy.

INDIAN GUY
I realize it's only a minute bacteria we're producing by genetic engineering, a very simple lifeform, but still, if research goes on the way it is genetic technology is sure to produce a monster far worse than Godzilla.

ASIAN DOCTOR FROM THE FIRST MOVIE
Kirishima, look, if we don't produce that bacteria then sure as eggs is eggs someone else is gonna do it. Just look at what human beings have done over the centuries, and you'll see.

INDIAN GUY
I know that! But our responsibility...

...my point is, when the fourth  Jurassic Park movie is a better Godzilla movie than the thing that was marketed as a Godzilla movie... well... that's a problem. By far my favroite part of the movie has to be after Godzilla, Rodan, and Mothra have teamed up to take down King Ghidorah, the three monsters peacefully return to their homes as Takarada, Koizumi, Hoshi, and the Peanuts cheerfully wave goodbye to them. 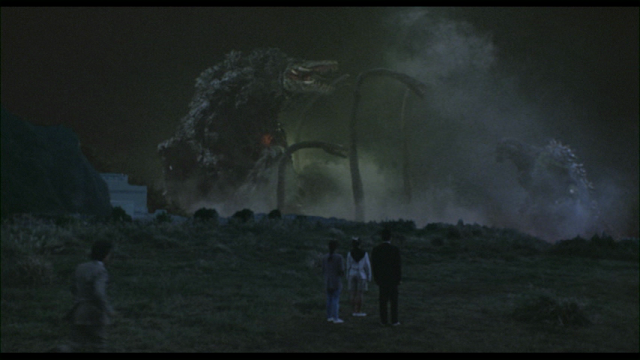 Posted by Princess Malyssa at 12:40