...if you were as giddily optimistic about the Thing prequel as I was.

1. Not EVERYTHING matches up with the original movie. Lots of nods are made, but there is one outright glaring error that made the climactic scene to hard to watch. The whole time I couldn't pay attention to what was happening because I was all "why is there still ice covering the fucking space ship?" We also don't get to see one of the deaths... that's kinda a spoiler since there's no way to hide it. Yeah, the guy who gets his wrists and throat slit? We don't see that happen, just some cutaways at the end, which is the biggest red flag for a deleted scene since not seeing the swamp in the 2006 King Kong.

2. Don't worry, the subtitles are there. Only thing is, there's only one crazy swede who doesn't speak english in the whole damn movie, so it is never an issue. A monster who uses paranoia as a weapon... and they miss the chance to put up a language barrier. Lame, but whatever. There is about one minute of playing norwegians against americans, but it's just a shouting match and doesn't actually go anywhere, and ends as quickly as it began. So, the paranoia between the crew this time is the exact same flavor as the last time. A missed opportunity, for sure, but it doesn't really hurt the film so much as...

3. In the credits, you can see Tom and Alec (from, you know, 5 of the 6 alien movies?) listed as special/make-up effects... but there aren't... um... any, to be quite blunt about it. Being completely honest here, there's only one scene that features a living Thing created practically. But you can't really see it. It's in its original form, which is way different from what you'd expect (but nicely explains where the arthropod-like legs it uses came from), hiding under a shack. And it's only the legs. So, Alec and Tom, who made the fucking rod puppet from Alien 3, made some squiggly spider legs. That's what they did.

And OH MY GOD is the rest of it horrible. I would have laughed if I wasn't so disgusted with all the grave pissing going on, and I'm like 90% certain Rob Bottin is still alive, so they're just pissing in some guy's face.

Yes, that's the best way to describe the sub-plan 9 effects going on here: like pissing right in Rob Bottin's face.

All that aside, it's still a "good" movie. It's enjoyable, has some of the same feel as the first one, and the ending is awesome. Actually, the ending is the best part. And not like the "time to wait in the cold" part, but the good part, where you find out who was shooting at the dog in the beginning of the first one. I need to specify because they intercut the fucking end titles over it. Like, it's the best part of the entire movie and they're trying to file people out of the theater. That's bonkers.

So it does mean that you will have to wince and cringe through the entire movie. This was not the great fuck you to the second renaissance of CGI as I was hoping. It only manages to make things worse.

Which makes me just want to ask, in case anyone is listening:

WHY are people STILL using CGI? Honestly, I need to have a real answer at this point, because the more I see the worse it gets. At first it just looked out of place, like in Jurassic Park. But a 90's audience can easily ignore that because at the time it was new and cool, and computers were the future man. The information super highway and all that. But as more and more films made use of it, it grew old fast. It became really apparent really fast that it looked fucking awful. Like, really bad. REALLY, REALLY bad. And it took awhile because kids are, as a rule, retarded, but by the early aughts it was a discredited trope, and people started using REAL special effects again.

So... why did this second renaissance happen? I remember being really impressed with GMM and the SH movie's use of integrating the two technologies, but is it their fault? A Godzilla movie from 2003 and an art film based on a video game about personal trauma with tank controls that only people like me play surely doesn't have any real influence on hollywood, right? CGI is a hell of a lot more expensive, right? And if the technology really has gotten better, the new CGI shouldn't actually look WORSE than the old stuff, right?

So what is it, then? Why do people make creatures 100% in a computer, when they couldn't composite a sticker in an album, they have no fucking clue how physics work, they don't understand heavy things move slower that lighter things, they don't understand that not every single movement is smoother than the rockies, they can't stop the FUCKING TEXTURES FROM STRETCHING, they have no fucking sense of style, and... well, they can't do a god damn thing right at all.

I've been bitching about this since Godzilla lost his crown, or perhaps more accurately, since one of the american producers on GINO 2 outed the projected as, you know, GINO 2. I never gave Cloverfield much shit because working from a camera literally on the streets of the city itself, a hollywood faggot like Gay Gay Fagbrums would obviously resort to the most expensive and, for him, easiest solution. Sure the movie looked like shit, but we all knew it would be a B movie from the start, so no one cared. Before this, with the AVP movies, the Underworlds, and all the independent Japanese stuff, CGI had become such a non issue I stopped affording it any credibility.

Now it's killed off the king of the monsters and turned a prequel that's been trying to happen for, geez, 10 years or so, into, effectively, a forgettable B movie unless you are obsessed with the original as much as me.

Meanwhile, Ultraman is going 3D. That's super bad ass, but because Tsuburaya has an irrational fear of any type of currency other than yen, I'll never see the damn thing.

The world of monster movies could really use a hero right now...


Oh, I'm not implying Prometheus will be that hero, but I just remembered and this is important. Here are some leaked pics I know next to nothing about, only that almost everywhere I hear about them, Fox asked for them to be removed. Since I'm not a faggot, these aren't going anywhere. Could they be red herrings? Maybe, but I'm moderately sure these are the images Fox doesn't want being seen. 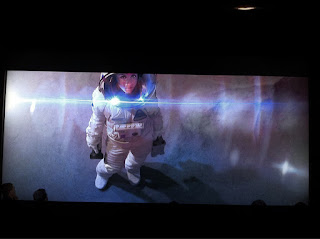 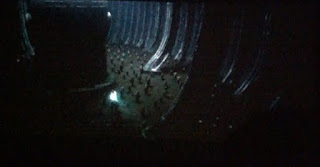 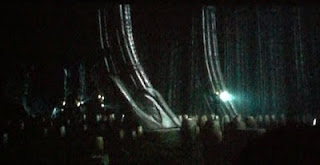 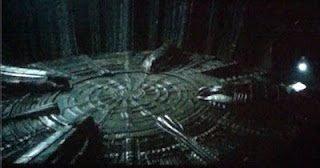 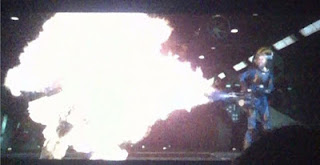 Gee, those sure look like eggs, don't they? And what do you think they need to use that flamethrower on? You know, I like Rodan too. Atragon is amazing. Frankenstein vs. Baragon is the greatest iteration of the Frankenstein story ever told, bar none. So, I have absolutely no problem with a non-alien alien movie. Space Jockeys are wicked radical to the max, and 90 minutes of them is a sweet deal as far as I'm concerned, even if that dipshit Ridley "gay faggot" Scott has anything to do with it. Another stupid, boring movie that doesn't understand there is a limit to how long you can hold an audience's suspense if you don't give them a reason to keep caring? As long as I get to see a new, practical monster, I'll still get the DVD. Or maybe see it in a theater once and then download it if I can find the motivation for it.

But, yes, apparently the egg chamber is gonna be a set in the film. If it's that closely connected to the first Alien movie, then the obvious choice is to show us the Jockey Alien. Because I have no faith in cuntbags with massive misplaced egos who have shown time and time again they have no interest in coming up with new or interesting ideas, I'm guessing we'll probably... just see more aliens.

Ridley Scott is a pretentious sack of shit who thinks he owns abstract concepts. I actually wrote like two more paragraphs of mouth-foaming nonsense about how fucking terrible that guy is, but you probably don't want to hear it. Thing is, the alien fanbase is the absolute worst I have ever seen in my entire life, so I can go off on it for the longest time, but I don't need to get into that now. I've already badmouthed two series I really like, so, let's wrap up by saying something nice about both of them:

The Thing: the new movie isn't as bad as it could have been, and special effects aren't the most important part of a movie... unless it's a monster movie. Ok, I still liked it though. In a Megalon sort of way. Well... when there's no monsters around, it's actually really good.

Alien: Ridley Scott's movie wasn't THAT bad. It introduced the character (designed by Dan O'Bannon and H. R. Giger... and, you know, NOT Scott) fairly well, the chestburster scene was dead on, and a genuine shock for the audience. There must be fans who still buy into the franchise, or else Fox would drop it altogether. I'm sure that Prometheus will have at least one scene, like the chestburster thing, that some actual thought was put into, and it will be great. It can't possibly be as bad as Manos. And if it turns out to be super boring, I can have someone wake me up when the monster shows up.

See guys, there's always a silver lining. Both of these series (for The Thing, only counting from the 82 film and up) have been incident free since the outset, so, isn't it about time they had some Megalons? You can't be perfect all the time, right? I'm sure things will get better again.

At any rate, Prometheus isn't going to be as stupid as AVPR. Of this I'm sure. Whether the monster will be interesting enough to counteract the boringness of it is different. It's hard to make a movie so bad I won't watch it even with a praetorian predalien, and I've wanted to see a Space Jockey for a lot longer.