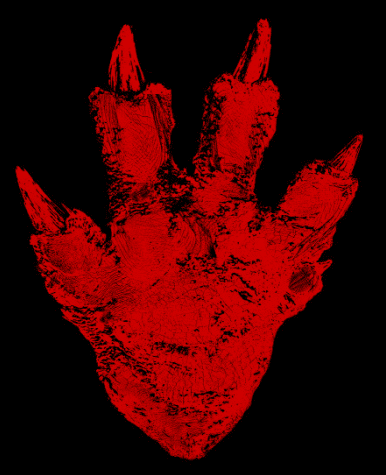 So there's finally some news about the next Godzilla movie. After about 12 years. Cool timing Toho, by the way he's kinda already been murdered by hollywood, but I guess take your time?

So much to my confusion and anger, Takashi Yamazaki is NOT the director. Yamazaki has been making a name for himself in a series of films with heavy and/or all-digital effects, and I suppose that may have made him look like an iffy pick, but keep in mind this guy is making bank, has developed a bit of a reputation for ensemble dramas and pop culture adaptations, AND has already directed Godzilla in a cameo once. It isn't really a stretch that pairing this guy with, say, Shinji Higuchi, is the best chance Toho has to "not lose to hollywood."

Well, that's not what they did. They got Higuchi, which is a pretty solid, no brainer choice. I was thinking some new blood would show up, but of course they couldn't bring back Asada for a number of reasons even though he's behind the best effects the series has ever had. If it feels a little underwhelming, it's because Higuchi's real moment was the late 90's and early 00's with the end of the Gamera trilogy, and not teaming with Kaneko for GMK (although he did apparently do some work on it) kinda... you know, he missed his chance and at this point it's sort of like he just kinda disappeared after that. Still, it's a great choice and probably the most sensible Toho could have made.

But let's get to that other guy. The name is Hideaki Anno, and... uh... oh boy. So apparently this is the guy responsible for that horrible, horrible piece of stupid bullshit called Evangelion about a whiny teenager in a fat suit featuring all of 3 seconds of actual robot vs. monster battles. Woo hoo. He's done some other things too, but it seems as though even today he continues to pump out more and more Evangelion and other assorted weeaboo generating nonsense, and as a result fell into a sort of depression in early 2013.

And that's where the story of Godzilla 29 actually starts, it turns out. Even before G.I.N.O. 2 Toho was already scrambling to put together damage control. Personally, I'm a little shocked. Now I understand that Toho is a company and they run a business and the point is to make money, but this is THEIR responsibility now. Like it or not Godzilla is in their laps and it doesn't matter what the bottom line is, Godzilla has to survive. They've done a pretty good job with it for the past 50 and change years, with a few slip-ups, but you can't just fucking cash out like a slot machine. Until Godzilla goes to the public domain and falls out of their stewardship, the continued existence of modern culture is in the hands of a few identical Japanese businessmen.

So they made a sort of deal with the devil. They took a calculated risk of planting a bomb on their own front porch, loaded with cash for shrapnel. Unlike in 1998, where the higher ups were largely a bunch of confused old xenophobes who were convinced that Godzilla "wouldn't work" in the U.S. (despite the fact that he had been doing just that all this time), these Salarymen-Ninjas seemed to think they could actually outsmart the system by smiling and nodding, letting hollywood sell its product, get the cash in return, and use it and the hype generated by the skynet-big brother thoughtocracy to turn the actual Godzilla into a commodity, and therefore win the culture war and establish our shared post-modern mythology as, once again, the one that matters. Both in a financial context and outside of it.

Of course, this plan backfired. I don't... I don't really believe Toho quite understand what hollywood actually is. This is now the second time they've dug a grave for Godzilla, and it was dug with the same god damned shovel. The difference is this time they thought they had it under their control, and so they began working behind the scenes in 2013 to bring Godzilla back before the knife even fell. This is some seriously fucking corrupt bullshit. Apparently, Anno was approached to write and direct in January, refused, and then changed his mind in March after he found out his ol' pal Higuchi was on the project. So... I guess Anno is friends with Higuchi? Alright, sure.

So there's not much else to say at the moment, other than Godzilla apparently has a very small fifth toe (don't you dare ask me what digit it is), and is going to be crazy enormous, taller than ADAM_5146's 108 meters, which is a fucking stupid and random number, by the way. I'm guessing either 120 or 150, but secretly I'm hoping for 150 because I want him to be to scale with Megaloman, and Toho has never really made a monster this tall that doesn't cheat by having long necks or something, and of course Megaloman never really looked 150 meters tall, at least not consistently. About that fifth toe... is Godzilla still a Coelophysid?

Oh, uh, also I've read a few bits of actual news about the new Alien movies, this time coming from the director's own words rather than just a bunch of stupid bullshit someone made up. As far as PARADISE is concerned some guy who is apparently making a... Predator movie? Like, without any Aliens in it? Said he saw the script or something and it followed the crew investigating the disappearance of the Prometheus, and NOT David and Shaw, and also parts would take place on Earth or something, and then, like, there's a sequel hook into the actual movie that takes place on the Space Jockey homeworld.

I shouldn't have to explain all the reasons why this is bullshit, but what I SHOULD say is that Predator is confirmed for Mortal Kombat X, which he (do Predators have sexes?) is perfect for, as are Tremor and Tanya. No word on Reiko as the final boss or Khrome yet, although we've already got a darker, blue-ish silver ninja so maybe Khrome can show up in MK11 or something. Honestly, if you haven't heard of this guy yet, he's based on a factory defect UMK3 Smoke sculpture that left him a bright, mercury-esque silver color, which was nicknamed "Khrome" and sent to Ed Boon. Since then fans have evolved it into a T-1000 style fighter, who is variously referred to as a white or silver ninja. Takeda is already silver, but not THAT silver, and while this would be a problem in the 2D days, with all those fancy graphics and how divergent the ninjas have become, I wouldn't even bat an eye at it. If D&D went metallic, why can't MK? Take your bets on what the gold and bronze ninjas will end up being. And of course Khrome's origin as a mistake that turned into a rumor with a fan generated mythos is... kinda like 75% of how MK characters come to life in the first place. Well, at least it's how the good ones are made. Takeda is awesome and all, but seriously I hope Khrome doesn't get brushed off as some dumb nonsense like "Red Robin" or "Aqua," this dude definitely has potential, and a subtle metallic variation from Takeda can go a long way in establishing that color is no longer the sole defining characteristic of the ninja characters, which MK has been desperately trying to do for like 10 years now, to varied success.

...oh right, Aliens. So it turns out this other, currently unnamed Alien movie (technically PARADISE is still "Prometheus 2," but come on) has been rewritten! From what, I don't know. Could have been the story the fan-art is from, but I doubt it since it's been established for awhile now that the Blokamp's Alien movie will NOT initiate a new timeline, which has of course been reconfirmed.

But while initially that just seemed like kind of a missed opportunity to me, it's now becoming apparent that Blokamp has just shot himself in the fucking foot. Hey, anyone remember that video game ALIENS: Colonial Marines? No, you mean you drank a gallon a bleach just to forget that fucking stupid piece of shit ever existed? Well then you'll be happy to know that Neil Blokamp is making exactly that in movie form! Hey what are you doing in the laundry room?

Yeah, no, I'm not kidding. Blokamp wants to make a movie that includes Sigourney Weaver, takes place after ALIENS (although the script has been rewritten to match some of the continuity of PARADISE, it is apparently not a direct sequel to it), and forms a "triplet" or direct sequel to THAT film yet he continues to say (likely under pressure from the studio, as Fox has been attempting to try and homogenize all the franchise's media to conform to the same timeline as the films as of late, meaning that the current comics are actually a legit sequel to PROMETHEUS in their own right) that it will NOT diverge from the timeline containing the third and fourth films.

That's right, Neil Blokamp wants to make a sequel to ALIENS, and only ALIENS, and all the while continue to proclaim that his story won't cause any problems and he totally knows what he's doing, even though he was an outspoken hatred of, get this, EVERY. SINGLE. ALIEN MOVIE. Except the second one.

Yes friends, it's ALIENS: Colonial Marines the movie, and it's directed by my favroite kind of person, an "Alien fan." Oh joy! I can already smell the entire franchise burning in a heap right now! There's still hope that "Prometheus 2" will be cool, mostly based on the fact that we're supposed to get the Space Jockey homeworld and a really creepy new breed of alien in this one, but then again, that guy who for some reason is making another Predator movie (without any aliens) says none of that's happening either...

Well, whatever. I will say that I found the outrage over ACM to be pretty fucking hilarious, because it apparently surprised people, and at the very least I know that bad alien movies of an AvP:R caliber can still be entertaining monster movies, and ACM the movie has the potential to be just that to me; a shit fest with awesome monster effects that you have to watch with your finger on the fast forward button, and as long as it stays at that level it won't be the complete abomination that PROMETHEUS was. Ultimately, though, I'm not really concerned about what happens to aliens. I don't think it's in any danger in the long term, and Giger has already made his impact, so there's nothing to bother worrying about.

Aliens have never had to deal with a X.I.N.O. yet... let alone a X.I.N.O. 2. Nothing Neil Blokamp does will "ruin" Aliens, at worst he'll just make a really stupid movie. Honestly "Prometheus 2" has a bigger chance of being disappointing, I think, since it actually promised us something worthwhile, so it has something to take away if they screw it up, while Alien 9 only promises ACM the movie.
Posted by Princess Malyssa at 02:38